Meet your Candidates for Service to the Division of Professional Relations!

You will receive an email directly from the Division via Survey Monkey in the coming weeks asking you to cast your ballot on October 16. Voting will close on November 16, so cast your anonymous ballots before then! 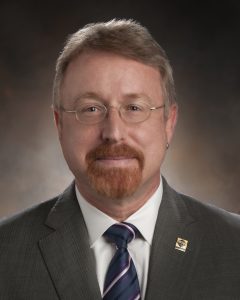 Member: National Organization of Gay and Lesbian Scientists and Technical Professionals, Board of Directors, 2009–21, Out to Innovate 2014, Co-Chair;  Leadership Augusta, Class of 2004, Board of Directors, 2005;  Savannah River Site Gay, Lesbian, or Bisexual Employees and Allies Association, President, 2009–20, 2003;  American Association for the Advancement of Science.  ACS Divisions: Industrial and Engineering Chemistry; Nuclear Chemistry; and Professional Relations.

First, let me thank the Division for the confidence they have shown me through this nomination for Member-at-Large.  I have held numerous positions within the Division: Member-at-Large, Program Chair, Treasurer, and Acting Secretary.  Additionally, I co-chaired the strategic planning effort which created the first five new subdivisions for Younger Chemists, Women Chemists, Minority Chemists, Chemists with Disabilities, and those interested in Ethics.  I participated in the 2017 division strategic planning effort and led the creation of subdivision lapel pins for the six subdivisions that did not have them.  These pins have been a huge benefit as we market the division and its subdivisions to new members.  An effort which continued in November 2018 when the division hosted a networking reception at SERMACS 2018 in my local section (Savannah River) for 1550 meeting registrants.

As with most successful ACS groups, including Committees and Local Sections, much Division business needs to occur between National Meetings.  Volunteers need to be prepared to spend many more hours between official meetings conducting the business of the Society if any meaningful progress is to be achieved.  As Member-at-Large of the Division of Professional Relations, I will work tirelessly to strengthen our efforts at programming and service to our members throughout the calendar year.  I will work to enhance communications between subdivision chairs and their members.  The subdivisions are a great resource for the future health and vitality of PROF, but they need to feel they are a part of the Division as demonstrated by our programming, newsletter, and decision making processes.

Again, let me thank you for this nomination and ask for your vote if you feel I can successfully contribute to the future of the Division as part of the governing Executive Committee. 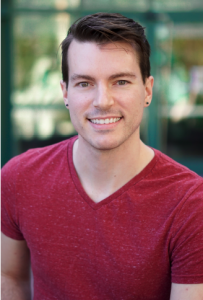 Michael A. Morris is a PhD candidate in chemistry at UC Irvine. Michael has been extensively involved in PROF programming, where he served as GTCA chair in 2017-2018.

As GTCA chair, Michael organized four GTCA symposia at ACS National Meetings and fundraised over $54,000 to support these events. Michael currently serves as the PROF liaison to the Diversity, Inclusion, and Respect Advisory Board of the American Chemical Society. As Michael transitions into his postdoc in 2021, he wants to serve as PROF member at large to facilitate and organize upcoming PROF programming and logistics. 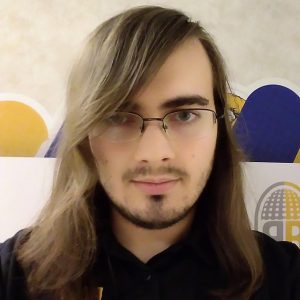 Service to ACS: Active in event planning and outreach for the Business Development and Management (BMGT) division.

My engagement with chemistry has been anything but typical, as I first came to this field from a foundation in the humanities (communication studies). In that space, I specialized in cultural engagement research and raising up the voices of oppressed groups – particularly LGBTQ+ scholars and scholars with disabilities. Along the way, Idirected dozens of outreach projects and community events, in both academic and non-academic contexts, and I believe that those experiences would be transferable to the objectives of our division. Thus, if elected as Member-At-Large, I want to bring this explicit humanitarian perspective to the Division of Professional Relations. At the end of the day, when you’re talking about people, you don’t need a “chemist” per se – you need a “communicator.”

For Councilor – 1 position available (runner up will be Alt Councilor) 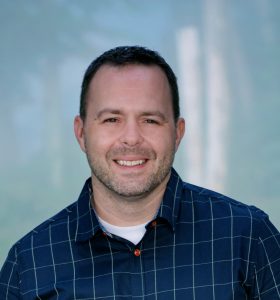 I am running for the position of Councilor for the ACS Division on Professional Relations. After serving in numerous roles in the Division, I am eager to bring a fresh voice to speak for the professional development of chemists to the ACS Council and subsequent ACS Council Committees. I am an experienced leader within the Division, and Society, with a track record of delivering innovative and effective solutions for the professional development of all Members. If elected as Councilor, I would use the position to elevate the level of discourse and understanding of professional development within subsequent Council and Committee functions, while simultaneously increasing dialogue amongst PROF members in preparation for Council meetings so that we can properly reflect our collective voices as a Division devoted to creating diverse and inclusive communities across the Society. We may be a relatively small Division, but our focus and charge is arguably the largest and most important. I wish to represent our Division on the Society’s largest forum and amplify our community’s voice, so please support me in this effort by voting for me to ACS Division of Professional Relations Councilor. 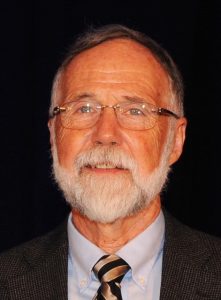 It will be an honor to continue to serve The Division of Professional Relations as Secretary. I have been an active member of the Division for the past several years. I co-organized ethics-focused symposia, networking events, and presentations at the Philadelphia and San Francisco virtual ACS national meetings. With fellow members of the Division, I won an IPG in support of programming “Challenges and Opportunities for Inclusive Chemistry Curriculum.” I look forward to continue to serve the Division as Secretary and work with other Division leaders on programming and events.

As a graduate student at UCI, I have served as a founding member of the Chemistry Teaching Assistant Mentoring Program and taught six courses as an instructor of record where I have incorporated inclusive teaching practices to support not only my students’ academic success, but also their overall well-being. With my substantial investments in the teaching and mentorship of both graduate and undergraduate students, I believe I can bring an invigorating perspective if elected Chair of the Gay and Transgender Chemists and Allies subdivision of the ACS Division of Professional Relations. My immediate priorities would be to increase the subdivision’s engagement with LGBT chemists and allies through programming and mentorship in an online format. I am especially motivated to lead such an endeavor now that we are all operating in a socially distanced world where there are serious concerns about the impacts of the pandemic on the diversity of the next generation of scientists. 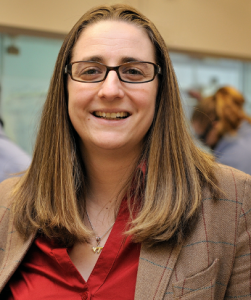 I have a recognized record in exemplary service, including the recruitment and retention of minority chemists. As co-chair of the Virginia Tech LGBT Faculty and Staff Caucus, I led efforts that resulted in an expansion of the University’s non-discrimination clause to include gender diversity, retrofitting of building spaces for gender inclusive restrooms, the ability to provide preferred name on University records, and the creation of the LGBTQ+ Resource Center. I was the plenary speaker at the LGBTQ+ Chemist and Allies subdivision’s sponsored symposium at the National Meeting in Orlando, FL. 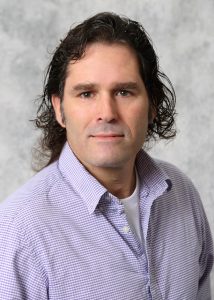 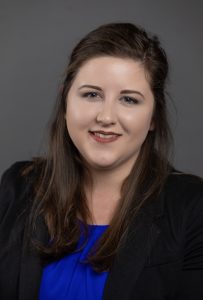 I am running for Younger Chemists subdivision chair to help support other early-career chemists, like myself, navigate through the beginning stages of their careers. As the Younger Chemists sub-chair for the last two years, I have developed targeted programming for this interest group, which includes “Mental Health in Graduate School” (ACS Webinar, May 2020), “Learn to Lead” (ACS Fall Virtual Meeting 2020), and the increasingly popular “How to Get Your 1st Industrial Job” (ACS Fall Virtual Meeting, 2020; ACS San Diego, 2019). I hope to continue to provide relevant programming for chemists 35 and younger if re-elected in 2021 and I look forward to continuing my service on the Division of Professional Relations. 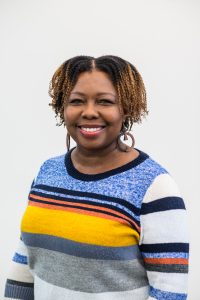 Leyte L. Winfield serves an associate professor of chemistry and biochemistry at Spelman College where she serves as Division Chair for the Natural Sciences and Mathematics. A medicinal chemist, she has designed and synthesized compounds intended to address problems posed by existing cancer therapies. She has received six patents for compositions of mater covering more than 800 unique structural entities. Complementing her lab-based success, Dr. Winfield is leading NSF funds research related to the participation and success of underrepresented groups in STEM. Specifically, her work deals with characterizing how students of color demonstrate agency in pursuit of STEM careers and the ecosystems that nuture such agency. For these collaborative efforts, she has received more than $6.9 million. Dr. Winfield is chairing the leadership board for the newly established Center of Excellence for Women of Color in STEM at Spelman College. Funded by the Department of Defense, the Center buildings upon Spelman legacy for preparing women of African descent to excel in STEM careers. She is the lead editor of a book through ACS Publications entitled, Growing Diverse STEM Communities: Methodology, Impact, and Evidence. Dr. Winfield is a coach and facilitator for the AAC&U PKAL STEM Leadership Institute and holds a post-graduate certificate in academic leadership from the Chicago School of Clinical Psychology. In addition, she chair the Minority Chemist Subdivision of the ACS Division of Professional Relations, is a member of the ACS Committee on Professional Training, and serves on the leadership board OrganicERs, a learning community for the development and dissemination of organic chemistry pedagogies and learning resources. Dr. Winfield is a scholar, mentor, and leader currently serving on the Editorial Advisory Board for the Journal of Chemical Education.